Mi360 started in 2006, long before social media or social media dashboards were even on the radar of mainstream marketers. It began when we started managing multi-million dollar online ad buys using spreadsheets and relying on a team of colleagues. They pulled ad performance data from multiple sources  such as publishers  and web analytic tools.  Our team had been working with database systems for close to a decade at that time, and recognized the need for a multi-user system that allowed for better collaboration during ad buy planning.

Ad buys involve a contract exchanged with an ad retailer called an insertion order. Mi360’s first name was INSORDMAN, standing for insertion order manager. It became evident that it was the best place to record and create reports from ad buy results. The number of impressions, responses, and conversions achieved by each individual ad buy were used to compare apples to oranges. Those metrics let us find out which ad buys were paying off the best.

As soon as we had a way to easily and quickly compare apples to oranges, we started doing a lot of comparing. We found that there were frequent instances where the data didn’t make sense. Our clients’ lead desk reported good results from an ad buy. In spite of costing our clients tens of thousands of dollars per year, our best-in-class analytic tools were still inaccurate.  What was going on? Why was it so hard for us to get reliable and precise metrics? Why did we need to resort to analyzing web server log files to get numbers we could draw conclusions from?

Web servers don’t just respond to requests for web pages, they also record each and every time a file is requested from them.  It turns out that the numbers achieved by most industry analytic tools collect data in a different manner than log files would show. We needed metrics closer to the effects observed in the real world, not using the same paradigm these inaccurate industry tools were showing.  We needed answers that agreed with real sales and lead desk numbers.  We had to build our own counters. We needed to see what was happening in real-time quicker than log file analysis allowed. So, we built our own traffic data functions into Mi360. Soon, we were producing data that was both real-time and consistent with real world business observations. With Mi360, we started getting the accuracy we were after. Mi360 allowed us to make reasonable conclusions around the value of ad buys.

This let us know what worked the best, allowed us to demonstrate our successes with minimal effort spent on data collection and processing, and  gave us real value comparisons to bring to the table during ad buy negotiations. Ad retailers adjust their prices a lot more reasonably when they understand there’s someone watching the shop.  We’d only spread our money where we knew it would maximize our return.

So, for a long time, Mi360 was simply an advertising management and tracking tool. We also used it for the rare inbound link we’d publish outside the scope of advertising, tagging the inbound link and creating an insertion record in Mi360 for it. This worked well for micro-sites, directories, link exchanges, e-mail blasts, press releases, and endorsements. We’d know if one of these inbound link sources was bringing us traffic and have it to compare alongside data we collected from ad buys.

As social media became popular, Facebook, Twitter, LinkedIn and YouTube became sites where we were being asked to manage as part of our clients’ digital brand footprint. We had one client in particular, the SFN Group, that was very bold experimenting with local social media. Led by Staffing & Employment Industry Veteran Lisa McCarthy, we developed over 250 digital presences for each local office of the SFN family of brands. This resulted in a social campaign involving hundreds of Facebook Pages. Our big challenge, at first, was simply keeping track of the effects of this program, scraping the data from Facebook in a manner that would allow easy and instantaneous assembly of reports. Then, as now, there was no single social media dashboard that was up to the task – until Mi360 that is.

Another challenge that we had as marketers, maintaining such a large number of Facebook Pages, was broadcasting unified messaging between all of those different Pages. Lisa McCarthy returned from a meeting with a video content vendor in New York with the idea that messages could be pushed from a central Facebook page to other Facebook Pages via automation. Although this was never technically possible, the idea of broadcasting messages from a central location to a large number of locally targeted social media presences was too exciting to not experiment with.

The tactic we ended up using, the means by which we pushed posts from a central location to our hundreds of Facebook Pages, involved RSS Graffiti – a free Facebook App published by the same people who publish  Cracked.com.  We created posts on those blogs and had links to those posts automatically pushed out to the Facebook Pages via the RSS auto-post mechanism. This worked well for a while, but the Terms of Service for that app forbid using it for commercial purposes. We knew that we had to find a better app, but at the time there weren’t many options. We had the best luck with RSS feeds that we were publishing, but not every RSS feed is built in the same way.

Some RSS feeds other people were publishing worked and some didn’t. We weren’t having much luck no matter what program we used. Hootsuite was a program we played with for a while, trying to get the RSS feeds to play nice with the rules Hootsuite followed, MarketMeSuite was another program that we tried, and none of these were as forgiving or intelligent as we needed them to be.

We decided to integrate the RSS auto-posting mechanism into MI360. This meant engineering a smarter RSS feed reader and leveraging the existing connections that MI360 had to social media presences by virtue of the stat scraping functions.  Since we were connected already to social media sites we took advantage of the ability to create posts. Creating ad-hoc posts and scheduling of posts were necessary features, as was the ability to allow a single post creation event to create multiple posts, each directed towards separate social media presences. We also needed ways to create posts that weren’t inbound links – didn’t need tracking and were simply pointing to other people’s sites, news, photos etc.  This let us achieve the type of frequency needed to get good engagement and stay true to a curated brand voice, without necessarily having to get spammy and only promote your own stuff all the time.

Creating synergy between the inbound link tracking model and the social posting mechanism allowed us to get very granular in control and reporting – it let us see inbound traffic to our sites on a per-post level. This is a lot more intelligence around post effectiveness than other systems can yield, and it’s revealed a lot of interesting visitor trends that other black box analytical systems can’t – ultimately taking our capabilities and expertise in social media management to the next level. 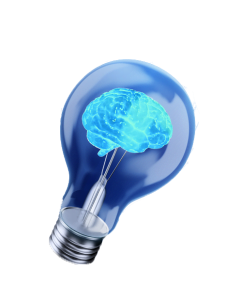 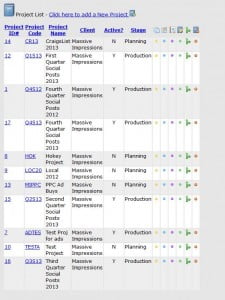 In the beginning of 2012, we realized that Mi360 was something other marketers could benefit from. That’s when we started developing it into something we could share with other people.

We were getting really tired of the old look and feel of Mi360. We had worked with it almost every day for five years. There was one interface that wouldn’t load in a single request – we had to use AJAX to load the page in sections. The selection of jquery widgets began – which opened a pandora’s box of possibilities.

We initially expected to have to hire an artist and re-design the entire system page by page, but we were fortunate to license an administrative theme that packaged all the css and jquery we needed. This gave us an instant usability injection at a much lower cost than we expected, letting us hit the ground running fast. The new shell was wrapped around the core data model starting in 2012, and we’re still re-publishing old functionality from the old version to the new one.

The initial security model was based on directory level, htaccess security. Something more mature and robust was needed, a model that allowed for multiple accounts and multiple users. We wanted something that would let us log into multiple instances of Mi360, with an instance for each client, but a single account between them. This not only made it easier for us as administrators, but also made it better for our marketing partners who were operating in multiple instances of Mi360. The security model that met the new requirements was implemented in late 2012 along with the launch of the new interface.

Since the launch of the new interface, we’ve been using it in-house exclusively.

We’ve had the advantage of putting most of our effort into making the system more usable instead of having to put time towards supporting a big user base. This let us focus on decreasing the amount of time it takes to perform routine tasks like creating posts, deleting posts, creating reports, and cleaning out bot responses. The RSS reader functionality has been tested against hundreds of different RSS sources. The posting mechanisms have become hardened under a wide range of post types, post conditions, and states that interfere with smooth operation.  Our reports are now something we can count on to be accurate and relevant towards making the kinds of conclusions we need. These are not just social metrics, but integrated metrics that truly demonstrate the value of a content marketing program on a per-inbound link level of granularity.

The development of Mi360 continues today. The social media apis are constantly changing, and the online world is always evolving. The tactics we’re using today might be completely different in ten years. Mi360 is a working platform that is intended to be changed along with the environment. It always keeps up with the needs of marketers. Mi360 users will always have the best tactics at their fingertips to keep ahead of their competition.

If you're interested in using Mi360, fill this form out and we'll contact you to schedule an exclusive demo targeted towards your business needs.