Local YouTubers Kel-n-Rich needed a website. They used Google and found Massive Impressions. When discussing exactly what their needs were, it was clear they an untapped potential to immediately monetize the traffic a giant audience creates. In no time they had a custom site, based on WordPress, and features found in no other sites, features to take engaging with their audience to the next level. 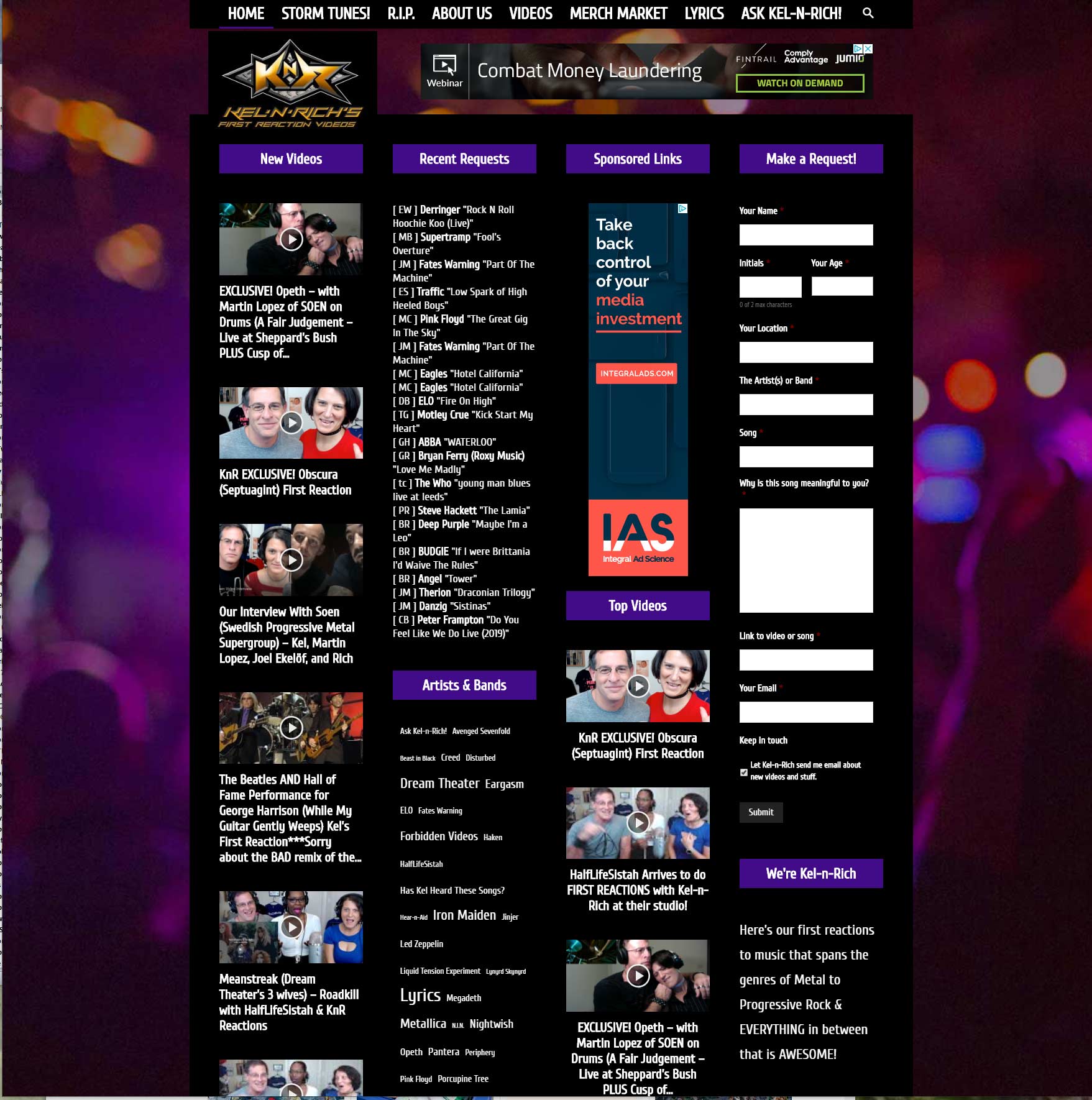 Massive Impressions built a one-of-a-kind “request management” system for Kel-n-Rich’s fans. Lots of requests were coming in, requests for Kel and Rich to react to videos suggested by fans. It was difficult for Kel or Rich to find the time to acknowledge and record them all. A way to stack all the requests together and view the mass of requests as a whole was also asked for so they could see what was being requested a lot, most often, and most recently.

Now when fans make requests they’re stored in a database. In addition the recent requests appear on the homepage of the site, letting the fans see the impact of their requests immediately, knowing they’ll be seen by other fans and stored where Kel and Rich can best account for them.

This site generates revenue for Kel-n-Rich monthly over and above the monetization of their videos on YouTube itself.

Every YouTuber who doesn’t have Massive Impressions create a site like this for their audience is throwing money away.

We (Kel-n-Rich) provide first reactions to music that spans the genres of Metal to Progressive Rock & EVERYTHING in between that is AWESOME!

There are hundreds of first reaction videos to watch. Click on the “Videos” link at the top of their website for artists and songs they’ve reacted to.