SEO for staffing & recruiting companies is different than doing SEO for other industries. The principles are the same, but the scope and diversity of the content makes doing SEO in the staffing & recruiting industry very much unlike doing SEO for other vertical markets. SEO is like a war, a constant battle that involves pitting internal content versus competitor content. Having an army of recruiters means generating massive content by publishing job listings daily. Just like any other army, the results they achieve are proportional to the training, discipline and tools they’ve been equipped with.

Museum websites and art gallery websites have a big advantage online, a head start when it comes to SEO. They have an abundance of visual content. A web page isn’t following best practices unless it includes images.   When you’re publishing a website for an artist or gallery, and trying to get search engine traffic, you’ve frequently got a lot to work with organically. In other words: the business process itself naturally generates content useful for digital marketing efforts. The visual arts industry doesn’t have to reach outside itself for compelling imagery. The abundance of fresh and unique image content naturally and organically lends to good SEO and good engagement without sacrificing genuineness.

Some Businesses and Business Processes Are Hard to Illustrate

Most service industries are on the opposite of the content spectrum: they don’t have a product you can “see”. Many service industries have challenges illustrating the benefit they provide customers using imagery. Examples include the insurance industry, administrative services, and HR.

Some industries do produce images in abundance, but the images aren’t ideal for use in marketing collateral. For example: dentists. Dentists have a lot of x-ray images they keep on file. Before & after images of cosmetic dentistry do illustrate the benefit accurately, but they’re still hideous photos of people’s grimacing teeth – they’re scary!  Unless an audience is seeking out that kind of image it’s more likely to make them turn away. Where a diet doctor might wisely use before & after photos to illustrate benefit, it’s not something dentists end up doing for long. People don’t want to see it. It performs poorly in spite of its genuine approach.

Companies in visually limited service industries are faced with the same problem: they’re stuck recycling the same tired, purchased stock photography that’s been used a hundred times before by their competition and other industries.  Even though it increases the odds of being ignored, some green graphic artist out of college this year is going to pick the same stock photo faces that have been used a million times before.

Today, when I took my son to the dentist, I recognized the same stock faces on a dental promo poster that we were using twenty years ago building websites and ad campaigns in the staffing & recruiting space.  The same exact stock photos. That industry, just like staffing & recruiting, needs images on their posters and blog posts, and both are faced with a shortage of that resource that forces their producers to reach outside the company. Meanwhile, across town, a sculptor who we built a site for puts an image of every new piece he creates on his site, sometimes several a week.

Everyone Love Images to Tell a Story But Artificial Intelligence Especially Loves Text to Understand.

The staffing & recruiting industry has a similar but different head start in the SEO content game. The staffing & recruiting industry has an abundance of resource much more “juicy” to Google: text. With every job listing published there’s at least a couple hundred words of highly relevant text. Even better, today’s job listings have an official “best practice” to follow dictated by Google’s preference. Job listings published correctly adhere to structured data standards, the technical criteria that makes the information more understandable to robots.

Google’s search crawler is probably today’s most directly important artificial intelligence to consumers: its role in ranking webpages for search essentially makes it a de-facto “decision maker” for people around the world. Google has disintermediated the job board market very disruptively.

Brands that stay in front of the wave move fast and stay on top like a surfer. Brands that neglect this critical moment to paddle ferociously won’t enjoy the ride, but will instead watch their competitors zoom ahead while they’re floundering in the wash. Paddling hard to stay in front of the recruiting & staffing SEO wave means strengthening the three classic pillars of SEO: relevance, frequency and authority. 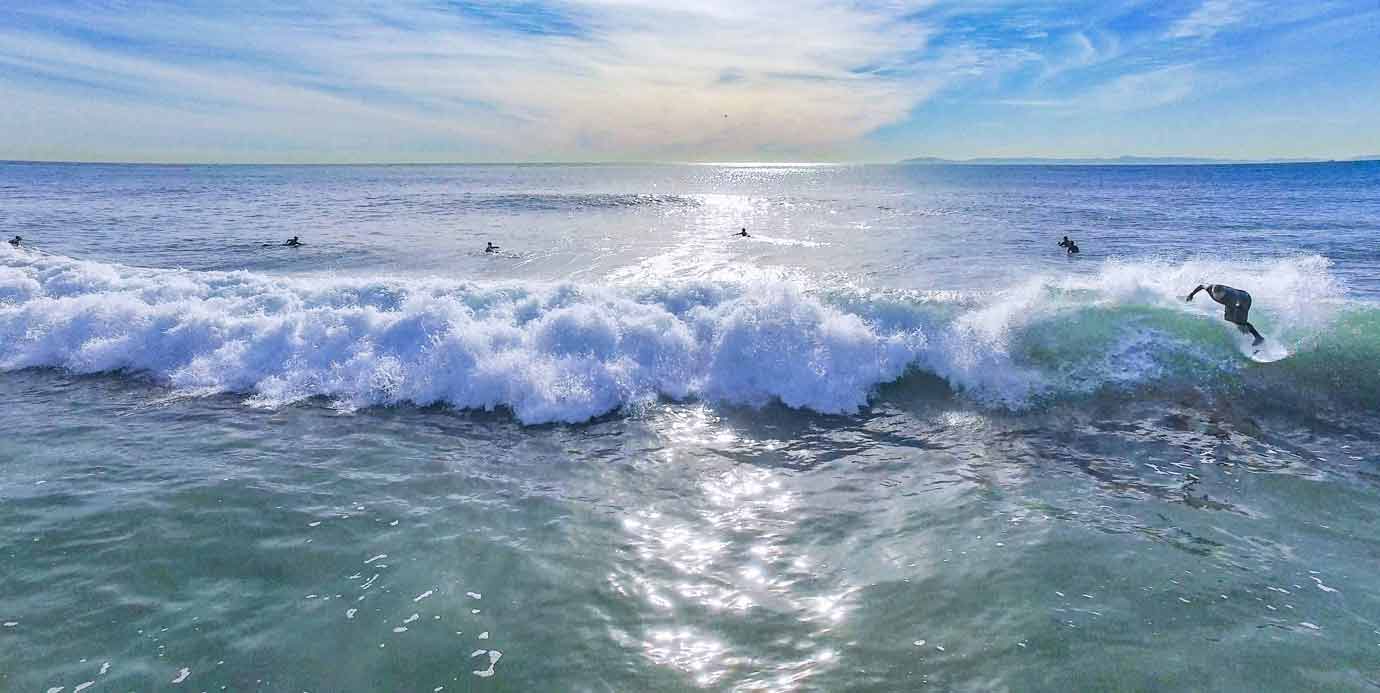 Google for Jobs has upped the stakes in the competition for qualified candidate search traffic making SEO for job listings more important than ever.

Recruiters who help employers get employees are warriors, whether they realize it or not, in the war of digital content creators. A recruiter that is better at writing job listings is going to place a lot more candidates relative to their peers. The reverse is also true, an untrained, undisciplined recruiter who doesn’t even know why they’re important in this role might end up taking out more of their own forces than the enemy. In other words, a recruiter who is only firing a spaghetti cannon at the wall when it comes time to write a job listing, might end up using the wrong terms, inconsistent terms, and terms that compete against other jobs. They might be competing against their own jobs, different jobs, jobs trying to get different candidates by misuse of terms.

At a minimum, job listings being published without a key term strategy aimed at getting qualified candidates, may just end up diluting the meaning and most important terms, ending up with published job listings that have no ability to compete and always allow the competition’s listings to be ranked ahead.

Good SEO Is Really On the CEO

The brand is only as valuable as it’s perceived by its audiences.  Consistence, semantic precision and discipline of terminology is just as important as being consistent visually. A wise staffing & recruiting company wouldn’t tolerate a website where every job listing uses its own different fonts, colors and layout. So why would style of writing, when text is so much more important,  not be as critical? As much as a good marketing person wouldn’t let a brand’s job board look amateurish to candidates and clients, a good CEO won’t ignore this new semantic war that’s put the recruiters on the front line. A recruiting and staffing CEO that’s wise about SEO will lead by making sure there’s the right discipline, training and technology to win the war where the stakes are now the highest.