SEO, optimizing your site’s content and relationship to the web, is not rocket science. Nor is SEO some hocus-pocus process that only “experts” can effectively understand. SEO is simply about making your site rank for the terms your audience are using in search engines. Ranking at the top, for the terms your audiences are using the most, will get you the most clicks from the qualified audience you need. There are specific tactics that can cause your site to get closer to the top. There’s no “tricks” to it, but many of today’s “SEO experts” are tricky. The tricks they play don’t get sites ranked higher. Instead the tricks are played on their customers. They’re tricks that get more hard-earned money from the people depending on them the most. Learn what these trick are and how to avoid getting tricked. 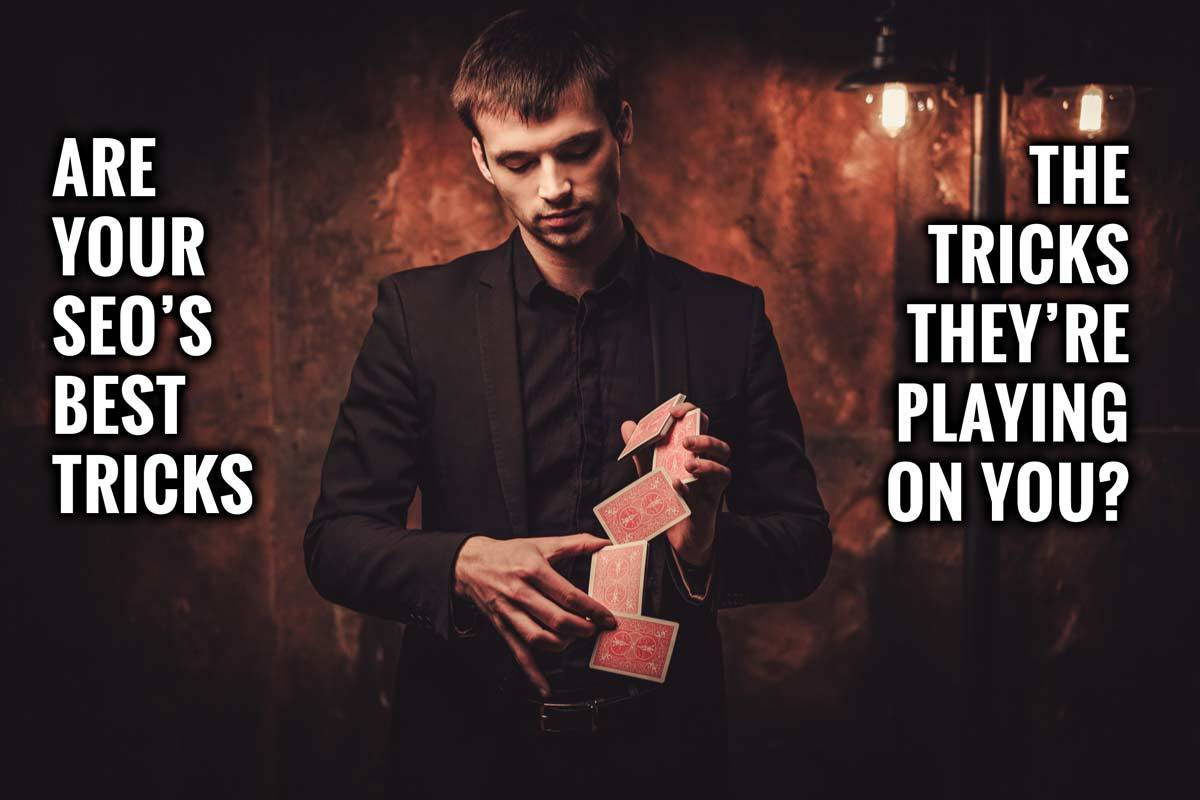 How do you avoid these dirty SEO tricks from being played on YOU?

Use Google’s free tools. Both Google Analytics and Google Search Console are free. They simply need to be attached to the site. Both can be enabled and configured in under a half hour, total. There’s no excuse for either of these products to be left off the table when engaging with an SEO to improve your site’s rank. The former reveals what’s happening with visitors on your site. The latter reveals how your site is being seen and handled by Google.