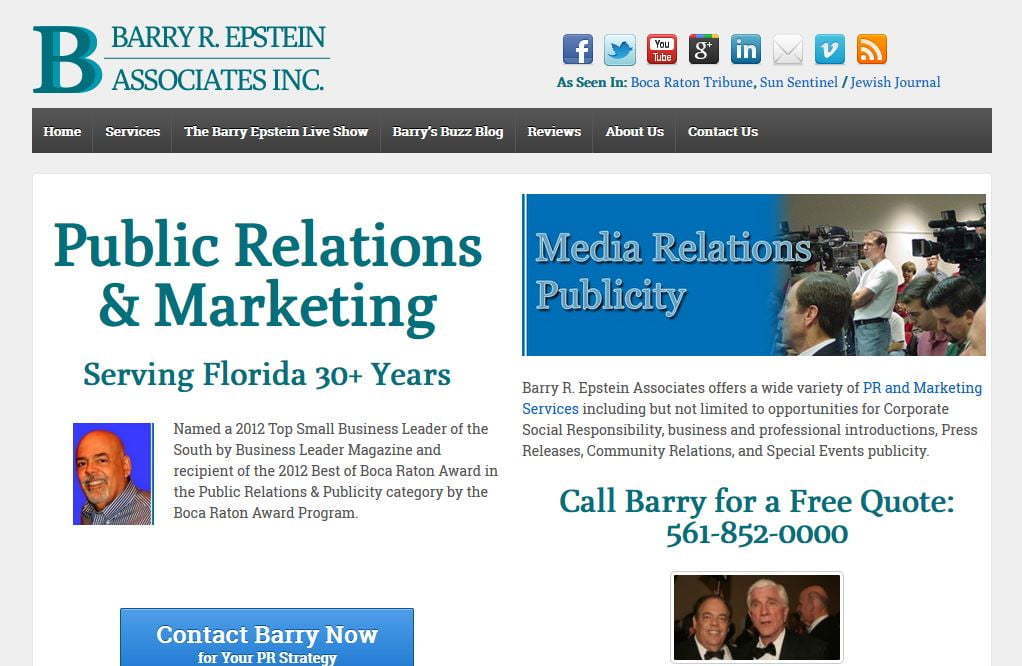 Barry had a site that contained the majority of the content seen in his new site, but it wasn’t built on WordPress or any other CMS system that complemented his frequent posting style. Barry writes reviews, produces a weekly online interview show, and authors his weekly column Barry’s Buzz. He generates a lot of content. He needed the power and ease of use WordPress brings, not just to make his life easier, but to bump the site up with new technologies.

Having his posts in separate categories allows him to selectively syndicate his different content streams, like the show and the column. Plus it yields RSS feeds that allow him to automate his social push via Mi360, Massive Impressions’ Content Marketing Management System.

It’s a relatively simple web design, leveraging the free and very popular WordPress theme called “Responsive”, which like the name says, is mobile optimized. We’ll probably switch up the theme later, after Barry grows tired of this one and sees his peers getting more fancy on WordPress, but it’s plenty good for now as a first iteration into WordPress publishing.

Visit www.publicrelations.nu to see the new site design live. Browse through Barry’s columns and watch of his interviews.