You may have noticed, if you’ve been to this site before, that we changed our website design. We use WordPress, and in theory theme changes in WordPress should be easy. Like any other WordPress site upgrade it was relatively painless, but not completely effort free.  When we changed the WordPress Theme we’re using it made the appearance of the site change in a similar way that someone’s appearance changes when they put on new clothes.

We were using a theme called “Envsion” previously, which we were really fond of in terms of how it made the site look. Unfortunately, after several WordPress updates the theme slowly became less and less compatible. We finally had to switch out the theme when it started throwing errors. We couldn’t reasonably repair it any more, like giving up on a ship once you’ve seen your bailing isn’t removing the water faster than it’s coming in.  The author, in all fairness, has issued newer versions of the theme.  Unfortunately the author did so in a way that didn’t allow upgrading from an older version AND allowed the site content to be retained; upgrading the theme meant the entire site had to be re-built. What good was that? That’s not why we use WordPress.

So since we had to rebuild the entire site anyway we picked a different theme author and theme. The new theme is called “Enfold“, no relation to “Envision”. It has in interesting slider function and a page layout feature that is unique and very powerful.

How do we know that the new theme won’t suffer from the eventual loss of compatibility over time?

We now look very carefully at the author of a theme, their reputation and track record with regards to keeping themes updated. Normally we’d be a little timid about using a theme that has such unique, although amazing layout features. That spells big problems if and when we need to switch out the theme again. The reason we didn’t shy away from Enfold had to do with the reputation of the author – so we bit the bullet. This theme’s author, Kriesi, is the top-grossing author on Themeforest. He didn’t get that way pushing out lousy themes.

So we’re pretty happy with our new site design now. What do you think about it? 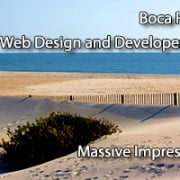 Hummingbird: Will I lose traffic from Google?
Scroll to top