We have the latest information on SEO, social media, digital advertising and marketing, analysis, and opinion from our online marketing blog. If you’re in need of quality marketing strategy and tactics, read the posts you find here.

Today we added a new plugin to the WordPress Plugin Directory on WordPress.org. It’s called “Business Listing Plugin.” We’ve been using it to manage business listings on 4boca.com already. This release is a free open-source version, so if you want to use it, go ahead!

The plugin can be found on WordPress.org, in the official directory of approved plugins.

What is Electronic Agent Consideration? It’s the term that describes what’s going on when robots, artificial intelligence, compares your products and services to your competitors. Why is this important? When people use artificial intelligence to make decisions they expect their robots to be smart and live up to “intelligence” part, not just be some artificial voice that responds thoughtlessly with bad information.

END_OF_DOCUMENT_TOKEN_TO_BE_REPLACED

Structured Data Marketing is to yesterday’s online marketing like yesterday’s online marketing was to print.  It’s a way to make web pages so that robots understand them better. It’s immediately important, today, for making search engines send more traffic.  Artificial intelligence needs certainty when determining what conclusions to deliver: what pizza place to call, what airline has the best deals, what car is safest. There’s no better way to publish information so that tomorrow’s digital agents connect your business with tomorrow’s customers with certainty, the certainty needed to make a recommendation and sale.
END_OF_DOCUMENT_TOKEN_TO_BE_REPLACED

END_OF_DOCUMENT_TOKEN_TO_BE_REPLACED

A recent WordPress update notification brought a client some concern. The concern was whether WordPress being updated would cause an issue we experienced to re-appear. In this case it didn’t, and the odds of updates causing issues is generally low. However, there is a liability in updating. It’s just that the potential costs of not updating outweigh the potential risks.

END_OF_DOCUMENT_TOKEN_TO_BE_REPLACED

We’ve recently changed a way we configure the databases that our sites depend on, the back-end databases for WordPress.  This change was oriented towards improving the speed that visitors to the sites experience. An unanticipated site-result was that the administrative interface performance improved even more. This speed up results in less time required for doing things like authoring new pages and posts, uploading images and checking on lead form responses.  It takes us less time to administer the sites and this translates into lower costs for our clients.

END_OF_DOCUMENT_TOKEN_TO_BE_REPLACED

Here’s a surprise from the servers that turned out to be a delight for a change: AutoSSL. Now your Massive Impressions Managed Hosting Account comes with free, auto-renewed, basic , doman validated SSL certificates. What does this mean? It means your site gets the security and SEO benefits of SSL without having to go through an initial business validation process. It means you don’t have to remember to renew the certificate every year. Basic SSL isn’t enough to meet all SSL requirements, but it’s better than having no SSL.

END_OF_DOCUMENT_TOKEN_TO_BE_REPLACED

Online marketing tactics are the specific efforts undertaken to market a service or product. These tactics might be part of a plan, a thought out marketing and advertising strategy, but they don’t have to be linked to a strategy. They’re simply the things that can be done, either planned or unplanned, to promote a brand, products or services. Tactics are the specific steps taken. They’re where the rubber hits the road and results are gained.

END_OF_DOCUMENT_TOKEN_TO_BE_REPLACED 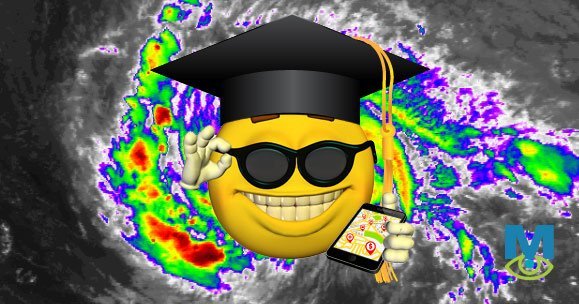 Digital disaster experiences change with every new disaster. People’s ability to know about, withstand, and react to disaster has grown quickly in the past decade thanks to the excellence of new ideas and the hard work of digital producers. When Hurricane IRMA hit South Florida, the home base of our digital marketing company, Massive Impressions, we took note of how different the digital experience was compared to hurricanes that threatened in previous years.  The behavior South Florida’s digital audience in front of the hurricane’s path was very different due to technology. Florida experienced and unprecedented evacuation with clogged roads, gas running out and trips that normally only take a few hours lasting all day and into the night. The experience of people preparing and travelling was quite different depending on how tech enabled they were.